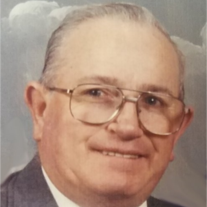 Adolph Robert “Bob” Porenta Rock Springs- Adolph Robert “Bob” Porenta, 74, of Rock Springs, passed away suddenly Sunday May 27, 2018 at his home. He was born January 24, 1944 in Rock Springs, the son of Adolph and Mary Wisniewski Porenta. He attended schools in Rock Springs and graduated from Rock Springs High School with the class of 1963. Bob married Iris Nadyne Vickrey on June 18 1970 in Denver, Colorado. Their marriage was later solemnized in the Idaho Falls LDS Temple on September 18, 1978. Iris preceded him in death April 29, 2000. He was a member of The Church of Jesus Christ of Latter-day Saints. He made a career with the US Army enlisting twice before being discharged with a disability. He was proud of his service in the military. Bob enjoyed camping, fishing, hunting and anything having to do with being outdoors. Survivors include his brother Raymond Porenta of Rock Springs; several nieces and nephews. He was preceded in death by his wife Iris and his parents Adolph and Mary Porenta. Funeral services will be held at 10:00 a.m. Friday, June 1, 2018 at Fox Funeral Home, 2800 Commercial Way, Rock Springs. A viewing will be one hour prior to the services at the funeral home. Interment with military honors will take place at the Viola Cemetery, LaBarge, WY.
To order memorial trees or send flowers to the family in memory of Adolph Robert "Bob" Porenta, please visit our flower store.