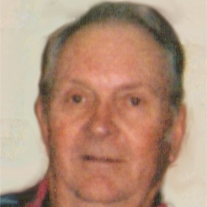 Charles “Chuck” Arthur Johnson Charles “Chuck” Arthur Johnson, 86, of Reliance, passed away on November 10, 2019 at his home surrounded by his family. He was born May 22, 1933 in Boulder, Colorado, the son of Arthur and Edna May Johnson. He attended schools in Tungsten and Nederland, Colorado. He graduated from Nederland High School Class of 1950. He continued his education at the University of Colorado at Boulder and the Colorado School of Mines in Golden. He married Arline Mildred Hardcastle Ingram on July 27, 1953 in Englewood, Colorado. They were later sealed to each other and their two oldest daughters Judy and Lee Ann in the Salt Lake Temple. David and Jan were born under the Covenant. He worked as a Civil Engineer/Surveyor for the Colorado Public Service Commission, Union Pacific Railroad and Bridger Coal Company. He started his own surveying company after retiring from Union Pacific and Bridger Coal. He was a member of The Church of Jesus Christ of Latter Day Saints where he held the Priesthood and was a High Priest. He held many positions within the Church. His interests included Church and serving the community on various Boards. In his younger years, he enjoyed bowling, square dancing, making and flying model airplanes. He enjoyed playing cribbage, watching baseball, basketball and football games and reading. He also enjoyed visiting with his grandchildren and great-grandchildren. Survivors include his daughters Judy Valentine and husband Gary, Lee Ann Johnson and Jan Heavin; son David Johnson; brother Bill Johnson and wife Betty. He had numerous loving grandchildren, great grandchildren and nieces and nephews. He is preceded in death by his wife, parents, and brother. A memorial service will be conducted at 11:00 am November 23, 2019 at The Church of Jesus Christ of Latter-day Saints, Desert View Ward, 1109 Tulip Dr. in Rock Springs. Friends may call one hour prior to service at the church. Cremation has taken place. Condolences for family can be left at www.foxfh.com.
To order memorial trees or send flowers to the family in memory of Charles "Chuck" Arthur Johnson, please visit our flower store.