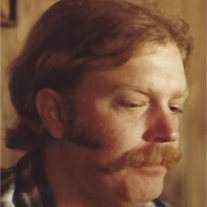 David Murl Clark Rock Springs - David Murl Clark, 67, of Rock Springs passed away at his home September 19, 2018 after a lengthy illness. He was born October 27, 1950 in East Liverpool Ohio, the son of Joseph Murl Clark and Catherine Margaret Cronin Atkinson. He attended Morgantown High School and graduated with the class of 1968. He later attended WWCC. David was a veteran having served in the US Air Force from 1969 - 1975 during the Vietnam War. David married Sharon Clark January 8, 1969 in Morgantown, WV. He was a member of the Eagles. He was a history buff and enjoying everything with the outdoors, fishing, hiking, camping, hunting, riding his motorcycle and his sandrail out at the sand dunes, movies, spending time with his family, listening to rock and roll music. He was the greatest babysitter to his grandchildren. Survivors include his wife of 49 years, Sharon Clark of Rock Springs; sons Roger Clark and wife Jodie of Casper, WY, Kevin Clark and wife Aubrey of Hamilton, MT; daughter Sandra Trautman and husband Todd of Rock Springs; brother Ronnie Clark of, WV; sister Cathy Duffer and husband George of Westover, WV; grandchildren Rileigh and Jacob Trautman, Brandon Clark and wife Susie, Daney Stephenson, Kasey Clark, Nikaiya Click, Michael Prather, Katherine and Keanna Clark; great-grandchildren Emmet Clark and Lorenzo Boahen. He was preceded in death by his parents Joe Clark and Catherine Atkinson, grandson Jared Tanner Avery, grandparents Harold and Lottie Cronin, Joseph and Isabel Clark, step-father Newton Atkinson and step-mother Dorothy Clark. A Memorial Service will be held at 1:00 pm Sunday, September 23, 2018 at the American Legion Hall, 551 Broadway, Rock Springs. Condolences for family can be left at www.foxfh.com
To order memorial trees or send flowers to the family in memory of David Murl Clark, please visit our flower store.