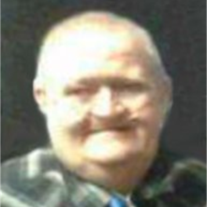 David James Roose David James Roose, 54, of Rock Springs passed away February 3, 2018 at Memorial Hospital of Sweetwater County. He was born May 10, 1963 in Pella, IA, the son of Charles and Charlene Spoelstra Roose. David graduated from Big Piney High School with the class of 1982. He married Cheryl Messer February 14, 1994 in Rock Springs. Their marriage was later seal on July 5, 1995 in the Provo LDS Temple, Provo, Utah. He was a member of The Church of Jesus Christ of Latter-day Saints. Survivors include his wife Cheryl of Rock Springs; brother Russell Wakefield of Rock Springs; sister Kim Wakefield and Launa Wakefield of Cheyenne; and several aunts, uncles, nieces, nephews and cousins. He was preceded in death by his parents, grandparents, step-father James Wakefield, sister Lawna Joy and a great niece. Memorial services will be held at 11:00 a.m. Saturday, February 17, 2018 at the Rock Springs LDS Stake Center, 2055 Edgar St., Rock Springs. Friends may call one half hour prior to the services at the church. Inurnment will follow in the Rock Springs Municipal Cemetery, Rock Springs.
To order memorial trees or send flowers to the family in memory of David James Roose, please visit our flower store.