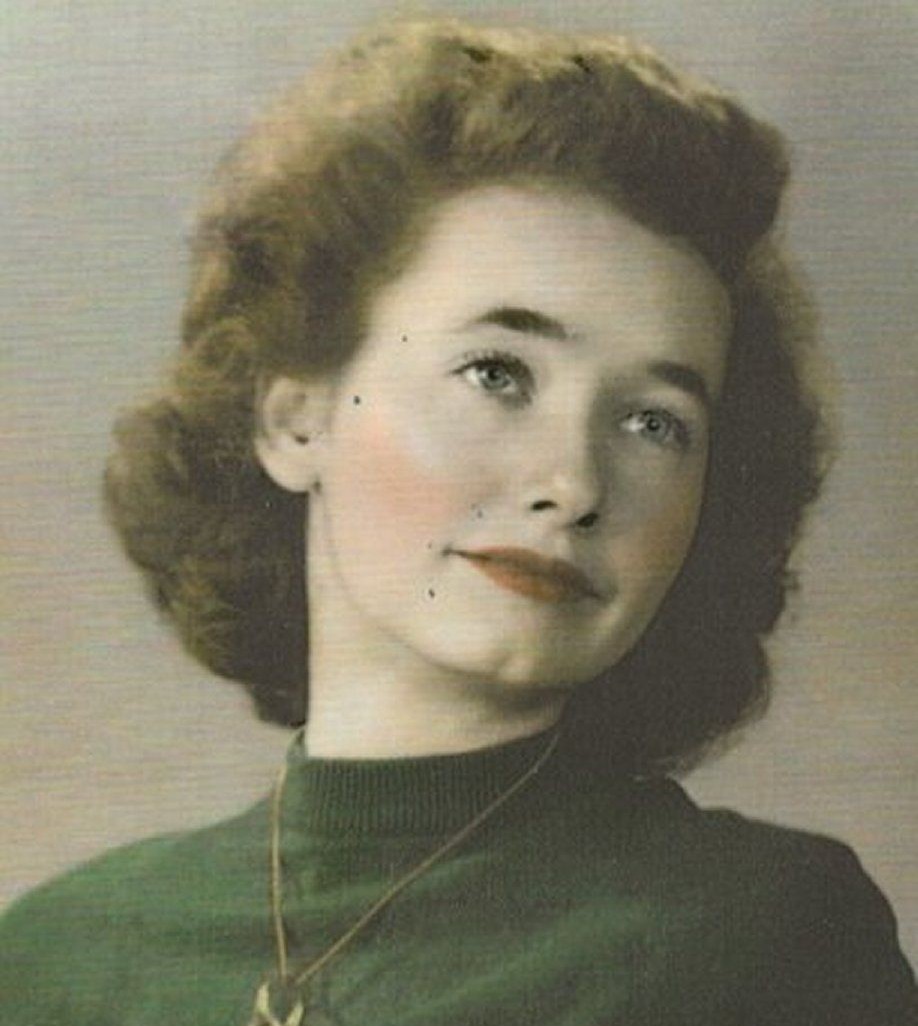 Green River, Wyoming- Delpha Deon Biesinger Lyon, beloved wife, mother, grandmother and great grandmother, peacefully departed this life on November 6th while surrounded by her loving family.   She looked forward to being reunited in a loving embrace by her husband, son J. J., parents and other family.  Deon and her eternal sweetheart Boyd, were briefly separated by death for a short five months when he passed away earlier this spring.    They secured their faith in the ordinances of salvation by doing their best to keep their temple covenants.

Deon was born on Green Street in Salt Lake City on May 31, 1932, to Delpha Jane Barrow Biesinger and Finley Arvill Biesinger. She had an older brother Bruce, and was born during the great depression. Her family moved to Midvale when she was a teenager.  She had many fond memories there; where her father created a man-made pond that she recalled ice skating on in the winter and rowing boats in the summer.   She had a loving tribe of cousins and enjoyed holidays and summer trips together with extended family.  As a graduate of Jordan High School she was a proud Beetdigger.  Later, she graduated from Brigham Young University with a teaching degree and a library endorsement where she met the love of her life, Boyd.

Deon and John Boyd Lyon sealed their love on October 17, 1957 in the Salt Lake City Temple. They would have celebrated their 65th wedding anniversary this fall.  In true fashion of dedicated love, Boyd had purchased an anniversary card ahead of time and the family was able to deliver this offering to Deon on their special date.  Although clouded by dementia, Deon recognized this loving gesture and shed tears as she remembered their love.  Their union brought a half a dozen boys into their family; Jeff Boyd (Rebecca Thatcher) Arvill Joseph (Stacey Billings), James John (deceased), Jock Biesinger (Brenda Biggs), Jay Karl (Michele McKee), Jason Lyman (Shelly Schild). Boyd and Deon raised their children in Midvale and Sandy, in homes that her father, Arvill Biesinger helped build.

Nothing meant more to Deon than her sons and family; they were her hobbies.  She enjoyed creating picture albums of her children, grandchildren, travels and adventures.  She truly was an amazing “boy” mom.  She put up with the crazy endeavors her sons invented, most of which any other mother would  have not tolerated.   As a result, it allowed her sons to explore and develop amazing talents, interests and skills.  Deon loved animals, especially dogs and many faithful canine companions accompanied her family during her life.

Deon loved a party and particularly enjoyed gathering with family and friends throughout her lifetime.  Her parents initiated the tradition by building a summer home in 1953 on the shores of the Bear Lake.  Her boys grew up with cousins, grandparents and many friends which created a lifetime of memories there.  In their later years, Boyd and Deon built a home on the lake and continued this family gathering tradition throughout their lives.

Deon will be fondly remembered by her sons and grandchildren for her strong testimony of her Savior, Jesus Christ.  She could often be found reading her scriptures in her favorite chair.  She was an example of growing in grace, and the knowledge of our Lord and Savior Jesus Christ.  She believed in doing the will of the Lord and she stood for righteousness.  She endured to the end as a faithful disciple of Christ.

Both Deon and Boyd will be remembered as loving parents and grandparents, and their legacy will be felt for many generations.  They were generous, kind and valued their family above all things.   Deon is survived in life by her five sons and daughters-in-law.  She has 26 grandchildren and 12 great-grandchildren.

The family would like to express our sincere gratitude to the individuals and nursing staff from both Bear Lake Valley, ID and Green River, WY that provided assistance in caring for Deon’s final health care.

In lieu of flowers, the family requests that a donation be made to the Alzheimer’s Association for dementia research. (https://www.alz.org/)

Funeral services conducted through Fox Funeral Home of Rock Springs, WY.   Interment will be at the Sandy City Cemetery, UT on November 12, 2022.

To order memorial trees or send flowers to the family in memory of Delpha Deon Biesinger Lyon, please visit our flower store.