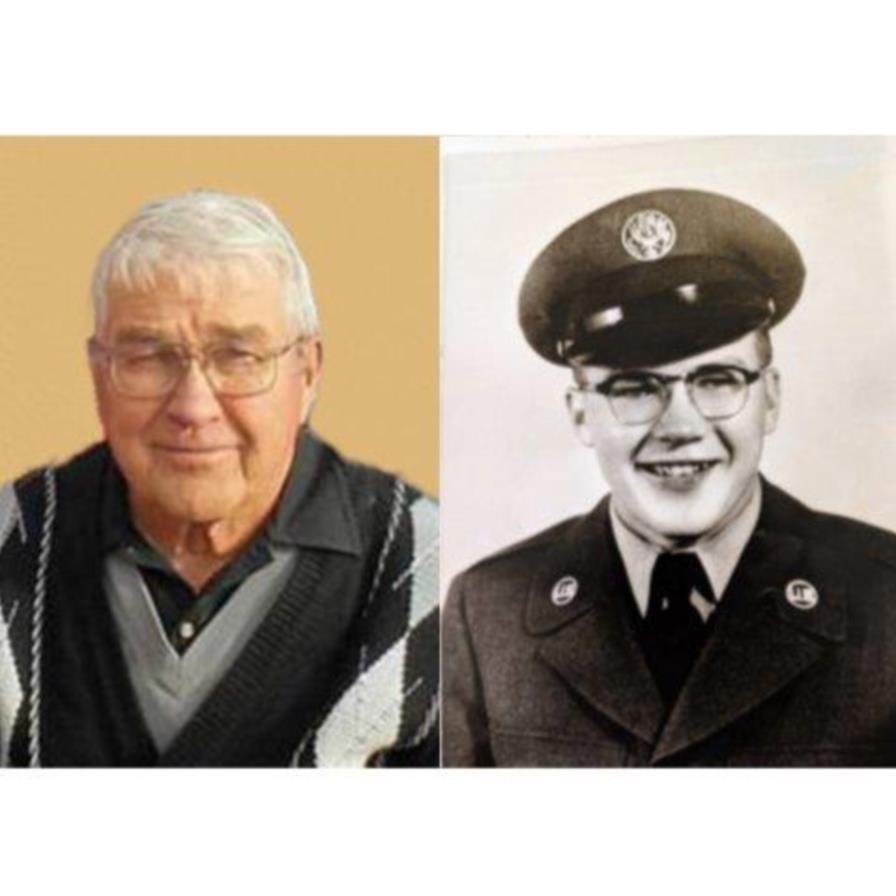 Donovan “Sonny” Gene Boe, 88, of La Barge, WY passed away in Rock Springs on December 8, 2020. He was born to Selmer and Irene Boe on November 26, 1932 in Ashby, MN. He enlisted in the Air Force following high school and was sent to East Base AFB (now known as Malmstrom AFB) in Great Falls, MT where he met and married Laura Roberts January 12, 1954. Don was assigned to a post in England with the 582d Air Resupply and Communications Wing, flying as a Radio Operator on B29 Superfortress and Grumman SA-16 Albatross aircrafts out of RAF Molesworth, England. Although Don’s unit was identified as an Air Resupply Group, the unit's name was deliberately misleading, as the mission of the 582d was support of special operations over Soviet occupied territory. Told by his CO "If you are captured by enemy forces, the rules of the Geneva Convention shall apply” Don knew his missions were important and his crew would attest that they sent the right man. Out of the Air Force, Don and Laura and their eldest daughter Pam returned stateside and settled in Cut Bank, MT, welcoming daughter Darlene and sons Edward and Richard. Don built his family home in Cut Bank, gaining a reputation for the greenest lawn grown where summer was only an afternoon. Don and Laura loved their games of Pitch and Pinochle, making lifelong friendships throughout their marriage. The entire family enjoyed Don’s passion for all things outdoors, going on many adventures. He was an avid fisherman, hunter and naturalist. Later in life, Don picked up golf, and was surprised at how enjoyable it was. Could have been his aces, or those long, pretty, straight drives. In 1970 the family relocated to La Barge, WY where Don was instrumental in building and running Golden Eagle and Silver Eagle Refinery in La Barge. Don retired as an award winning production operator for Amoco. Don served as Fire Chief of the La Barge Volunteer Fire Department. During his retirement he was especially devoted to growing and building the community at the La Barge Seniors Citizens Center where he served as board member, board president, handyman, errand-runner and friend. He frequently enjoyed card games and storytelling along with a few pieces of pie. Don generously donated to many worthy organizations throughout his life and gave of his time helping anywhere he could with friends and family. As an American Legion member, Don stayed involved in service, attending all meetings and functions, personally donating bicycles to be given away to elementary school children through the American Legion every year for 20 years. Don and Laura sponsored a family of Holocaust survivors for US citizenship and stayed in contact offering support as they transitioned to their new home. Don stood up for what was fair and right, always. During his Air Force training in the South, a group of Black recruits in need of a haircut were denied day passes into town. Don stepped in to challenge the CO and explained that the base barbers were not providing all soldiers haircuts. It was a simple conversation, “You need to make sure these guys will cut these mens’ hair” but this was a common theme in his life. He was a quiet advocate for equality, believing the work you put in and your treatment of others was the best measure of a person. This is a lesson he shared with his children and grandchildren over and over and we were lucky to have him as our leader in this life. Don was the oldest of 6 children, and is preceded in death by his wife Laura, his parents Selmer and Irene, his brothers Llewellyn, Carroll, Charles and his sister Shannon. He is survived by his brother, Gary, of Glenwood, MN.; daughters Pam (Eric) Nicholaus and Darlene (Mark) Haddock; sons Edward and Richard Boe; ‘third daughter’ Kathy Burgen-Perrine, sister-in-law Gail (Charles) Boe, eight grandchildren and four great-grandchildren. Military Honors and Inurnment will take place at 1:00pm, Saturday, June 12, 2021 at the La Barge- Viola Cemetery in La Barge, Wyoming. Condolences for family can be left at www.foxfh.com.
To order memorial trees or send flowers to the family in memory of Donovan "Sonny" Gene Boe, please visit our flower store.