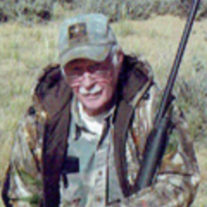 ROCK SPRINGS — Dr. Fred Eales, DVM, passed away suddenly at his home in Rock Springs on Monday, June 5, 2018. He was born on January 24, 1947 in Salina, Kansas. In 1952, Fred and his mother, Maxine, moved to Wichita, Kansas where Maxine met and married Thomas Gale Eales in 1954; and Fred was thereafter adopted by Thomas. Fred graduated from South East High School in Wichita in 1966 and married Raydean. He served in the U.S. Army from 1966 to 1969 in Colorado Springs, Colorado. Fred’s son, Brian, was born 1969, and the family moved to Fort Collins, Colorado where he graduated from Colorado State University Veterinarian School in 1978 where he began in 40-year veterinarian practice. Fred was an avid outdoorsman, conservationist, and intellectual mentor; and one of his greatest joys was teachings kids to hunt and fish. He especially loved duck, goose, and sage grouse hunting with friends. Fred was instrumental in starting the Flaming Gorge/Lower Green River Chapter of Trout Unlimited, and served as president for 4 years from 1987 to 1990. He also served as the Chapter’s Fisheries Project Manager for 15 years and installed many rock sills and planted many trees on the Big Sandy. Fred invented the old refrigerator fish hatchery system for hatching trout eggs on streams and installed some on the Big Sandy with great results. He also taught and aided many fishery’s conservationists to build and install old refrigerator hatcheries on streams in Wyoming, Utah, Idaho, Nevada, California, and as far away as Ireland. Fred received a national Trout Unlimited award in Jackson, Wyoming for his old refrigerator hatcheries invention. Fred and Maxine were avid KU, Kansas State, and Wichita State basketball fans, and he watched all the games on television. He even had many of his friends rooting for his teams as well. His enthusiasm was always catching! Fred was a spiritual man and studied the Bible, and often discussed the scriptures with family and friends. He applied what he learned from the Bible to his everyday life. Fred was a loving son, father and friend, and he will be missed by us all and held in our hearts forever. Burial will take place on Saturday, June 16, 2018. The Cochran Mortuary in Wichita, Kassas is in charge of the arrangements. A Memorial Service will be held in Rock Springs on June 23, 2018 at 10 am at the American Legion Hall, 551 Broadway.
To order memorial trees or send flowers to the family in memory of Fred Eales, please visit our flower store.