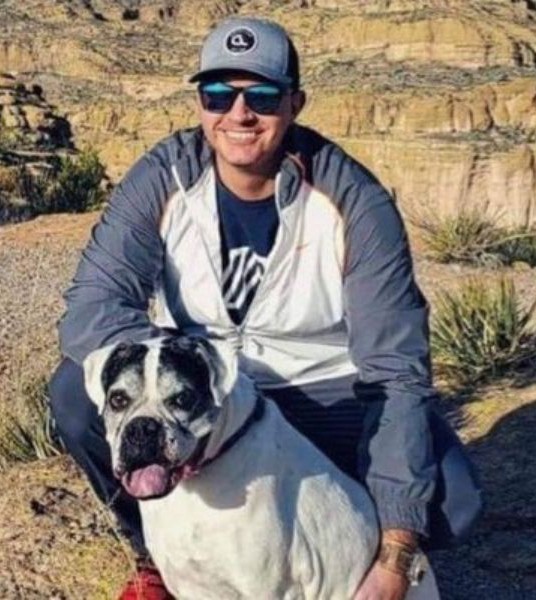 Greg was born to Connie (Dykema) Fields and Doug Gilchrist on Sept. 22, 1988, in Rock Springs, Wyoming. Growing up on Eisenhower Street, Greg—or Greggie as family members affectionately called him—learned at a young age to hold his own in a neighborhood of older kids.

He was shy but made friends easily. He wasn’t super competitive yet excelled at Pee Wee wrestling, basketball, football and golf. His favorite superhero? Michelangelo, the Teenage Mutant Ninja Turtle known for his playfulness, empathy, easygoing nature—and his fondness for nunchucks.

Greg graduated from Rock Springs High School in 2007 and earned a bachelor’s degree in criminal justice from the University of Wyoming five years later. After looking at a number of law schools, he settled on the University of San Francisco to focus on contract and business law.

When Greg got his law degree in 2016, his siblings and cousins claimed partial credit. As kids, they would play mock court during sleepovers at Grandma Joanna’s house, and being the youngest of the group, Greg was always forced into the role of defendant. The experience, they mused, imbued in him a passion for justice—or at least taught him the perils of ineffective counsel.

After law school, Greg moved back to Rock Springs and eventually relocated to the Phoenix area, where he worked as a paralegal for Durfee Law Group and was superbly skilled in estate law.

Greg loved music of all genres. Long before setting his sights on a law career, he thought he could be the next Eminem. He cut a demo CD in high school with his good friend, TJ, performing under the stage name “GnT,” and despite all the teasing, they were not that bad.

Greg was an avid sports fan. He was especially devoted to the Wyoming Cowboys and San Francisco 49ers, which, if we’re honest, may have influenced his choice of law schools. After becoming a San Franciscan, Greg expanded his wardrobe to include orange (Giants) and yellow (Golden State Warriors).

Greg was blessed with many talents. He was smart, funny, humble, hard-working, organized—he LOVED sticky notes—and by far the best in the family at jigsaw puzzles. Anyone who had the good fortune to know him would undoubtedly describe him as a kind, caring, compassionate, sincere and loving person.

Perhaps his most endearing quality was his ability to accept people for who they are and respect all points of view. Greg was a devoted son and grandson, supportive brother, proud uncle and loyal friend.

He found his best friend and companion, a black and white boxer, during his senior year in Laramie. He named her Lyric after his love of music, and would carry her around, all 80 pounds, like a baby. They were inseparable.

Greg never stopped striving to be a better person, to make the world a better place, and to lift up those around him. He was our superhero and he will be dearly missed.

A memorial service to remember and celebrate Greg’s life will be held 1 p.m. Saturday, Sept. 10 at the Fox Funeral Home, 2800 Commercial Way, in Rock Springs. In lieu of flowers, Greg’s family humbly requests that a donation in his name be made to Red Desert Humane Society, 310 Yellowstone Rd, Rock Springs, Wyoming, 82901.

To order memorial trees or send flowers to the family in memory of Gregory Lee Gilchrist, please visit our flower store.