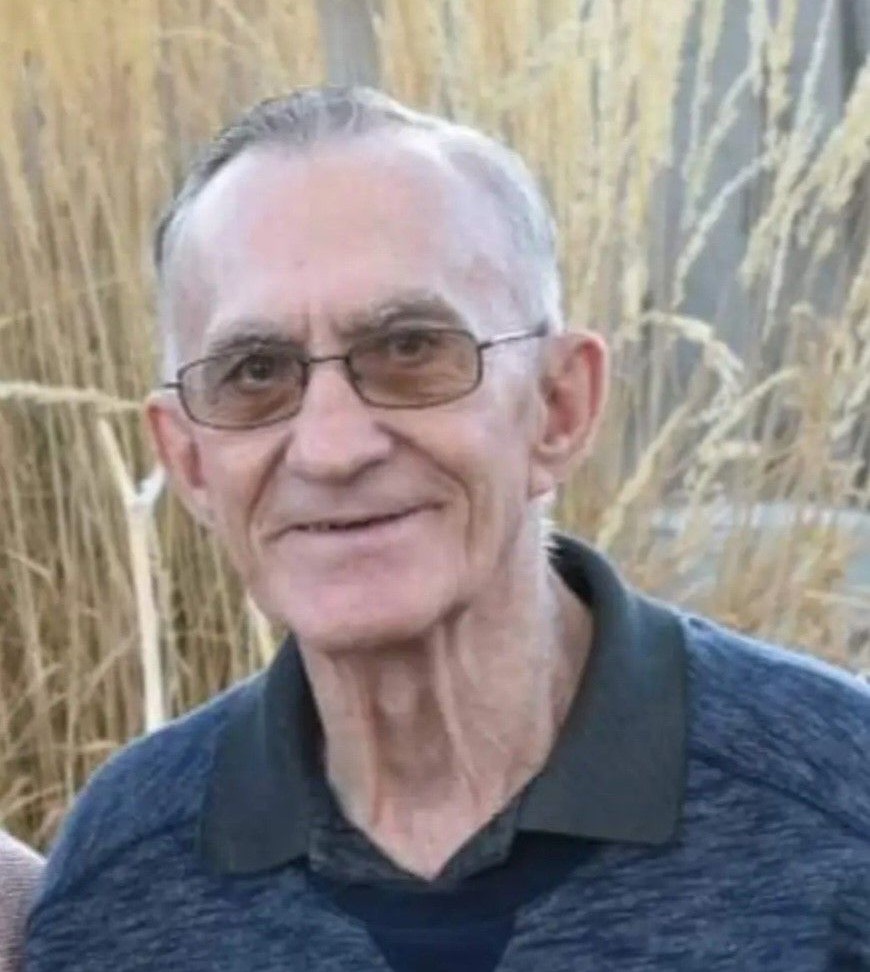 James Noble was born February 11th, 1936 in Rock Springs, Wyoming and completed the small family of James Noble and Mary Bercich Noble. He would say he was an only child but never lonely as his cousins filled the role of siblings. Jim was called Jimmy because the name James and Jim was already taken becoming Saint James, bestowed on him by his children and their spouses. He was James VII, all in a row. He was proud of his heritage, both the Johnny bull English and the Yugoslavian of his mother.

Jim’s first educational experiences were at Yellowstone, Washington and Lowell elementary schools. He was always at the top of his class which continued through his older years. He always encouraged the kids to study hard as he was 8th or 9th in his graduating class of 125 students in 1954 at Rock Springs High School. He earned a full scholarship to the University of Wyoming, but at that time, the mines in the Rock Springs area closed where his father was employed and he became the bread winner for his family.

His employment, which lasted 37 ½ years began at the Post Office in Rock Springs. On one of his delivery routes, which included “P” street, his eye was taken by a cute girl mowing her lawn; address 332 “P” Street, cute girl, aka Marilynn Hickerson.

In 1958 at the age of 22, Jim enlisted in the US Army to serve his country. His quiet demeanor and intelligence led him to have an interesting career. He was transferred to San Juan Puerto Rico where he worked in the Central Intelligence Corps following the movements and contacts of Fidel Castro. Everyone was always captivated by his Army adventures.

After his discharge, in 1960, he returned to Rock Springs and his Postal Service employment. 332 “P” Street hadn’t changed but Marilynn had. They were married December 29th, 1961 recently celebrating 60 years of marriage in 2021. Jim became an active, faithful and honorable member of The Church of Jesus Christ of Latter Day Saints in 1963. His service continued until his health started to decline. This included 20 plus years as a scout leader, Sunday school teacher, ward clerk and Bishopric member. Through the years, he also was a member of the Sweetwater Federal Union, filling many positions.

Jim and Marilynn loved to travel and with the loving assistance of the Grandmas, they began their adventures when the kids were still young. Jim had his own adventures that kept him close to home; fishing the streams, rivers and lakes of Wyoming and Utah with his side-kick and fishing partner Paul Bochmann. Fishing and everything about it was a great passion of Jim’s. The kids recall those trips that were so special. Never was Jim’s smile bigger than when he was displaying his catch.

Jim passed away at his home where he wanted to be on Thursday, September 8, 2022 from the effects of Parkinson’s disease. His final words were “I love you” accompanied by a smile from ear to ear; this being such a special moment because he hadn’t been able to speak or use facial muscles for several days.

Jim was always a kind, thoughtful and loyal man, never judgmental and always forgiving. His love for his family was always present and he never ended a visit by phone or in person with his children, grandchildren or great grandchildren without an “I love you”. Jim truly was a great man of character and faith and has left an amazing legacy.

Funeral services will be held at 2:00 pm, Monday, September 12, 2022 a The Church of Jesus Christ of Latter-day Saints, 2055 Edgar Street, Rock Springs, WY. A viewing will be held one hour prior to services.

Condolences can be left at.www.foxfh.com.

To order memorial trees or send flowers to the family in memory of James Noble, please visit our flower store.