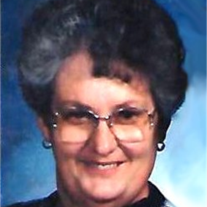 Jeanette Josephine (Jan) Sherrod Fox Former Green River resident Jeanette Josephine (Jan) Sherrod Fox died June 1 at Autumn Park Assisted Living Center in Washington, Utah. She was 76. She had lived in Washington for several years before moving to the assisted living facility just recently. She was born Nov. 20, 1941, in Rock Springs to Frank and Gladys Sherrod, who at the time were living at Powder Wash, Colo., where her father was employed by the railroad. The family moved back to Green River soon after the end of World War II. After graduation from Lincoln High School in 1959, she moved to Rawlins to study nursing. She was married to Harry Fox of Green River in 1962. The couple made their home in Green River for several years before Harry's health necessitated their move to Washington. Jan was an avid snowmobiler and enjoyed summers at the family cabin at Commissary Park outside Kemmerer. Jan is survived by two sons, Ken (Marilyn) and Rick (Suzanne); and a grandson, Logan, all of Green River; a brother, Don Sherrod (Carol) of Saratoga; a sister-in-law, Carol Sherrod, of Colorado Springs, Colo., and several nieces, nephews, great-nephews and great-nieces. She was preceded in death by her parents; her husband; one half-brother, Earl Rude; one half-sister, Sylvia Rude; her brother, Ben Sherrod; one nephew and one great-niece. A graveside memorial service, followed by interment of ashes, will take place Friday, June 22, at 11 a.m., at Riverview Cemetery in Green River. A no-host luncheon will follow at China Garden in Green River.
To order memorial trees or send flowers to the family in memory of Jeanette Josephine (Jan) Sherrod Fox, please visit our flower store.