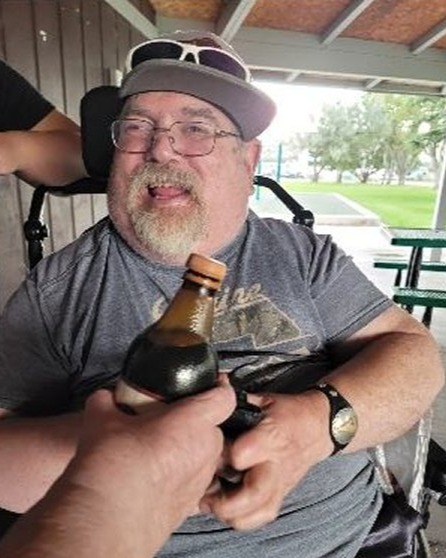 He was born on June 7, 1961 in Beach, North Dakota, the son of Robert T.E. Jones and Marlys Fulton Jones. At 14 months old, he became ill with meningitis that left him permanently disabled.

He enjoyed spending time listening to Johnny Cash and John Denver, playing cards, and taking photos of cars and trucks.

He was preceded in death by his father Robert T.E. Jones, brother Paul A. Wright, and his paternal and maternal grandparents.

Everyone who had a chance to meet Jerry loved him, and he will be dearly missed.

Funeral Services will be held at 1:00 pm, Wednesday, December 28, 2022 at Fox Funeral Home, 2800 Commercial Way, Rock Springs, WY. Friends may call one hour prior to services.

The family respectfully requests that in lieu of flowers, donations be made in Jerry’s honor to NowCap Services, please contact them at 307-522-5097.

To order memorial trees or send flowers to the family in memory of Jerry Lynn Jones, please visit our flower store.