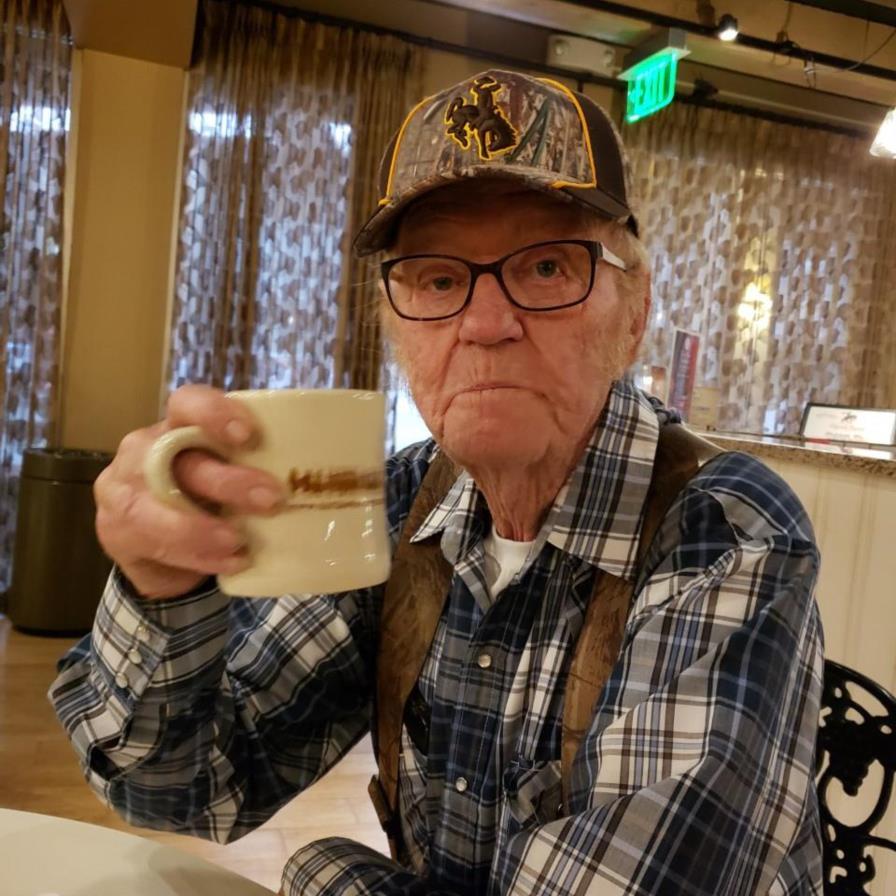 Jerry Ray Pierce, 79, of Red Desert, Wyoming passed away at his home March 27,2021. Jerry was born on February 8, 1942 in Lava Hot Springs, Idaho to Harry and Francis Pierce and was the middle of three children. His family later moved to Casper, where he grew up and graduated from Natrona County High School in 1959. Jerry married Joyce Koroulis on February 18, 1977 in Casper Wyoming. With their children Scott Pierce, Donny, Michelle, Marianne, and Karri Koroulis they made their home in Red Desert where Jerry owned Red Desert Station. In August of 1978 Jerry & Joyce welcomed their daughter Kristi to complete their family, or so they thought. In 1995 Joyce and Jerry took in their granddaughters Donna, Kayla, & Heather Keith to raise as their own. In addition to running the station, Jerry worked as a heavy equipment operator and a crude oil truck driver in the Wamsutter area for more than 35 years. In the early 80’s they sold the station at Red Desert. At the time of his retirement in 2008, Jerry was working for Plains All American Trucking in Wamsutter. Jerry enjoyed hunting, fishing, horseback riding and spending time with his family, his dogs Lady and Maggie and his cat Tigger. Early in their marriage, Joyce had a ceramic shop at Red Desert and he enjoyed going in and harassing the ladies in there whenever he got the chance. He really enjoyed taking trips to Jackson Hole to see the elk and the Tetons, and was fortunate enough to take one last trip with Kristi a few weeks before he passed away. Jerry will always be remembered for his yellow ruler suspenders, being a jokester and harassing EVERYONE he came in contact with. He got a particularly big kick out of picking on those he truly loved the most, although if asked, he would never admit it. Jerry is survived by his children: Scott (Dee), Kristi, Marianne, Michelle, Karri (Robert), Donna, Kayla (Tim) and Heather. Grandchildren: Wes, Marie, Zane, Jolene, Galen, Wesley, Susan, Brandon, Steven, Kevin, Kyle, Sean; 14 Great Grandchildren; Brother Jim (Carol) and Sister Judy (Tom); and numerous other extended family members. He was preceded in death by his wife of 35 years Joyce, his parents, his sons Donny, Mike, and Terry and lifelong friend Jiggs. A memorial service is planned for noon on Saturday April 3, 2021, at the Wamsutter Baptist Church in Wamsutter, WY. There will be an opportunity and the family would enjoy it if you would bring your favorite memory or story of Jerry to share. There will be a meal following, if you would like to bring a side dish or dessert to share, it would be much appreciated. Condolences may be left at www.foxfh.com.
To order memorial trees or send flowers to the family in memory of Jerry Ray Pierce, please visit our flower store.