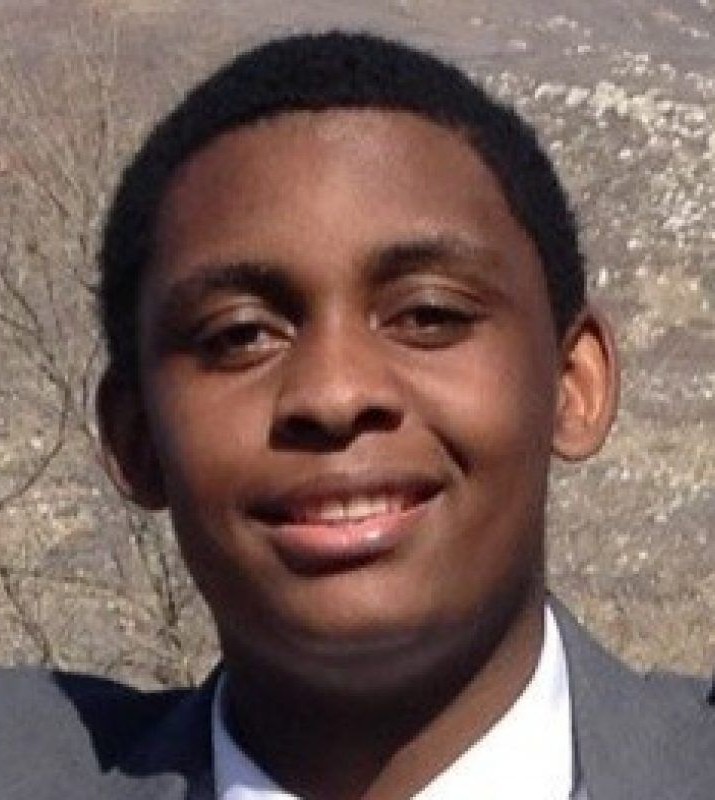 “These things I have spoken unto you, that in me ye might have peace. In the world ye shall have tribulation: but be of good cheer; I have overcome the world.” John 16:33

Justice Bowen Sykes came into our lives on the day he was born in Kokomo, Indiana. Our hearts were broken the day we heard he was gone. We will miss his giant hugs, his laughter, his smile, his “I love you,” his big tender heart, his asking for prayers, his gratitude, his sensitivity, and all the little things he did to make us happy.

I will always cherish the time I had with Bowen one-on-one. His first home was in Page, Arizona which was a paradise for Bowen! Because there was no preschool for him in Page, we went on treasure hunts in the desert together, threw rocks off the mesa, jumped on the trampoline almost every day, went to the airport to watch helicopters and airplanes land and take off, spent a lot of time at Lake Powell, and, of course, he played with friends and family.

I started to lift weights before Bowen turned two so I could lift this extra tall, little boy when he might throw temper tantrums. Shortly after he turned two, he came to me one day and exclaimed, “Mom, I a funny guy.” He never did throw a temper tantrum. I would almost

forget he was in the car with me because he never made a sound. He always wanted to make his friends and family happy and loved to laugh.

Moving to Brazil when Bowen was four was a grand adventure. He learned Portuguese quickly because kindergarten was total immersion. He was always happy there. From Brazil, we moved to Pennsylvania when Bowen was five. He made friends faster than anyone else in the family. He loved the night games in Pennsylvania, all the friends that would fall into the leaves in our backyard from the rope tree swing and come to jump on our trampoline. He wanted to be a professional kick ball player. In Pennsylvania, he played in a Christian basketball league called “Upward.” He was given an award for being the most Christ-like player because he would always pass the ball to the shortest members of the team when he would get the rebound so they could at least touch the ball. Their parents loved him.

When we moved to Farmington, Utah he rode his bike around the neighborhood looking for anyone playing outside; he came back home disappointed when he didn’t see anyone. One of our new neighbors saw him outside and called a basketball coach he knew about a possible recruit. Bowen played on recreational basketball, football, and baseball teams in Farmington during grade school and into junior high. He stopped playing football and baseball because he was afraid he might hurt someone with a hard hit in football or a fast ball in baseball. He excelled at basketball because of his height, his huge hands, his amazing body, and excellent coaching. He loved making his teammates and basketball family happy when they won.

When Bowen transferred from Davis High School to Diamond Ranch Academy in Hurricane, Utah, he immediately started playing football and basketball. When Bowen was a junior at “DRA,” he was named State1A MVP by KSL television. His senior year, “DRA” won the State1A championship in football and basketball and Bowen and his teammate were named joint MVP’s. Bowen made many friends at DRA and his playing was a happy distraction for many of the students at DRA. They loved his happy disposition and loved seeing him play.

After Bowen graduated from high school, he had offers to play at the college level, but there was no appeal for him because he didn’t know anyone and didn’t want to be away from his

family. After high school, he never played competitive basketball again; it wasn’t his passion. He played because he knew his winning and playing made people happy. He decided he wanted to enroll in a culinary arts program and pursued that until COVID hit. He woke up one day and asked me to call the Little America, Salt Lake City to find out if he could come to work as a dishwasher and work his way up the ladder. We were told that Little America Wyoming needed cooks, so we drove up and he was hired on the spot. He loved his job cooking because the food he cooked made people happy. Becoming a chef was his passion.

Even though we miss him terribly, we are overjoyed for him to be reunited with family and friends who have gone before him. We know he is already so very happy. Love you Justice Bowen Sykes, always and forever.

Bowen is survived by his mother, Margaret Bennion Sykes, his brothers, and sister, Bennion Sykes (Brittney), Cassandra Sykes, Porter Sykes, and Maxwell Sykes. Bowen was preceded in death by his father, Mark Allen Sykes, and by his older brother and sister, Heber, and Wilma Sykes.

To order memorial trees or send flowers to the family in memory of Justice Bowen Sykes, please visit our flower store.