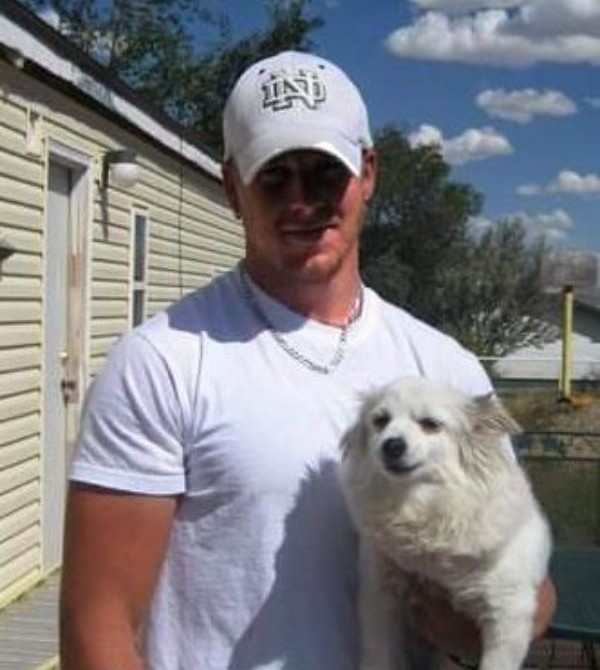 Justin Michael Beatty, 36, was born in Rock Springs, Wyoming on June 22, 1985. Justin, “Mr. Irish”, peacefully passed away honorably on November 6, 2021, in his home he loved. Justin was proceeded in death by his mother, Raynie Lynn Evans and father Charles Whitman Beatty, Cousin Curtis Elam and brother in blood, Richard Dunnick. Justin was a jack of many trades, mastering in politics, sarcasm, history, random facts, and never one to shy away from a discussion/debate. An amazing handy man, welder, wrench-throwing mechanic, and lover/protector of his family and friends. Justin was forged in fire and moved mountains when he was at his best achieving 3 college degrees in 2 years, just shy of a 4th degree. Justin established and founded the 2nd amendment club Sons and Daughters of Wyoming, co-owner of Rising Phoenix Counseling and was working on achieving his bachelor’s degree prior to his farewell.
Family left behind, forever shook, includes but is not limited to: Grandparents: Grand-dad and Grand-mammy Mike and Ben Fraser; and Grandpa Jack and Grandma Diane Beatty. Parents in love and heart: Casey Max Olguin and wife Lori; and Betty and Bill Pearson. His wife: Mrs. Irish, Tiffani Beatty. Brothers: Austin “abo” Olguin; Jon David Beatty, wife Kristen, and their children, Justin, Austin, and Charlotte Beatty. Sisters: Awnna “banana” Blaze Olguin and son Jeremiah John Oguin-Balcazar; and his number one fan and lifetime soldier Crystal Beatty, son Candin Beatty-May, and life partner, Andy Stein, and daughter Isabella Rose Stein. Aunts: Juanita Gunyan and adult children Randy Burns, Jerry Evans, Terri Renne and their families; and Kathy Dunnuck. Uncles: Mike Evans and sons Andrew and Dillan Evans. Brothers and Sisters in heart and love: Richard Dunbar, Matthew Taylor, Lola Joyce Gummersoll, Christopher May, Keegan Stocks and Dwayne Witt including all Sons and Daughters of Wyoming.
Justin’s Freedom Celebration and Feast will be held at the American Legion in Rock Springs, Wyoming on November 20, 2021 at 12:00 pm. Pictures, stories, and music will be shared in his honor. All are encouraged to bring their best stories to share as Justin will surely be with us in all his shenanigans with his charming smile. Food will be shared after and any events to follow will be announced at that time.
Due to the unforeseen timing of Justin’s death, a memorial fund has been created at the Utah Power Credit Union in Rock Springs, Wyoming. Please ask for the Justin Beatty memorial fund for any donations. This is greatly appreciated.
Condolences may be left at www.foxfh.com

To order memorial trees or send flowers to the family in memory of Justin Michael Beatty, please visit our flower store.