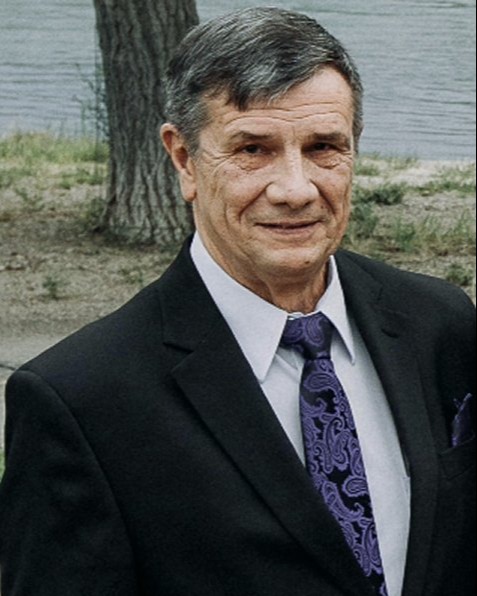 On January 7, 2023 Kirk Blake left us to be with his heavenly family after a prolonged battle with disease.  He was born on August 2, 1951 to Donald and Olive Blake in Hayden, Colorado.  The oldest of 3 brothers, Kirk and his brothers grew up on the family ranch, just outside of the town of Hayden. Kirk graduated from Hayden High School in 1969 and in July 10, 1976, married Donna Martin in Craig, CO.

Kirk and Donna had two sons Cody and Austin.  In 1981 they moved to Rock Springs, WY when Kirk took the job to be a control room operator at Jim Bridger power plant.  Kirk and Donna divorced in 1998.  Kirk opted for early retirement in 2006 and remained in Rock Springs for the rest of his life.  He made many friends in his time there and loved to share his home with them.  He always enjoyed the company of others, and had a big heart for those in need.  One of his proudest moments was when his only grandson Oliver was born.  His family was always one of the most important aspects of his life.

Kirk loved the outdoors.  Growing up in Colorado and living in Wyoming, he loved to hunt and fish with his friends and family, as well as his sons.  Even if his trips were not successful, he loved being in nature and enjoying God’s creation.  The only thing that rivaled his love of nature, was his love of cars and racing, especially NASCAR.  Whether he was at the races or watching them on TV, he could tell you about every aspect of the sport.

Kirk will be missed by all of his family and friends.  He was preceded by his father Donald, mother Olive, brothers Doug and Steve, and his son Austin.  He is survived by his son Cody (Kiki), grandson Oliver, sister-in law Holly Blake, niece Stephanie (Aaron) Haskins, and nephew Hayden Blake.

His memorial service with be at the Hayden Congregational Church in Hayden, CO on January 14, at 2:30 p.m.

To order memorial trees or send flowers to the family in memory of Kirk Blake, please visit our flower store.