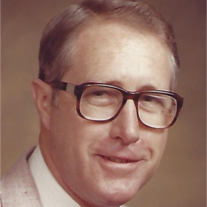 Larry Owen West Obituary Larry Owen West, 89, passed away Saturday, Oct. 13, 2018. He was born March 2, 1929, in Price, UT, to Owen William West and Blanch Lavon Salmon West. They moved to Rock Springs when he was one year old. He graduated from Rock Springs High School and attended BYU. He served stateside in the Army National Guard during the Korean Conflict, stationed at Fort Campbell, KY. He married Verna Nebeker West in 1949, (later divorced), and they bore seven children; Larry Galen (Wendie), Kimball Spencer, Brady Raymond (Jana), Reid Owen (Jeanne), Drew McKay, Abby Louise (John) Zenger, and Jason West. He was preceded in death by sons Drew and Brady, his mother and father, and brother C. Keith West and sister Barbara West Sandstrom. In 1993 he married Carole Simper and became step-father to Pauline (Royden) Mendenhall, Kirk (Arlene) Willardson, Brent (Cindy) Willardson, and Kathryn Brongo. He is also survived by his loving wife Carole, and three generations of grandchildren between both families. He was part owner of Desert Oil for many years, managing retail sales of their Chevron service stations. When he sold out of the business, he moved to Prescott, AZ for a few years selling real estate. He then returned to Rock Springs and worked in sales for Rock Springs Ford, J.C. Jacobs Carpet One, and in his latter years loved working for the Staley’s at Taco Time as their “PR” specialist. He was a true “people person” and had a gift for making meaningful connections with anyone he met. He had a strong faith and was bishop in the LDS second ward for several years. He loved laughter, a good joke, and friendships. As age took its’ toll, he most missed being able to dance again with Carole, their favorite being “Waltz Across Texas.” Funeral Services will be held at 11:00 am Thursday Oct. 18, at the Rock Springs LDS Stake Center, 2055 Edgar St., Rock Springs, WY. A viewing will take place from 5-7 pm Wednesday Oct. 17, at Fox Funeral Home, 2800 Commercial Way, Rock Springs, and one hour prior to services at the church. Interment with military honors will take place in the Rock Springs Municipal Cemetery. In lieu of flowers, the family suggests donations be made to Primary Children’s Hospital, or Sweetwater Hospice. Condolences for family can be left at www.foxfh.com.
To order memorial trees or send flowers to the family in memory of Larry O. West, please visit our flower store.