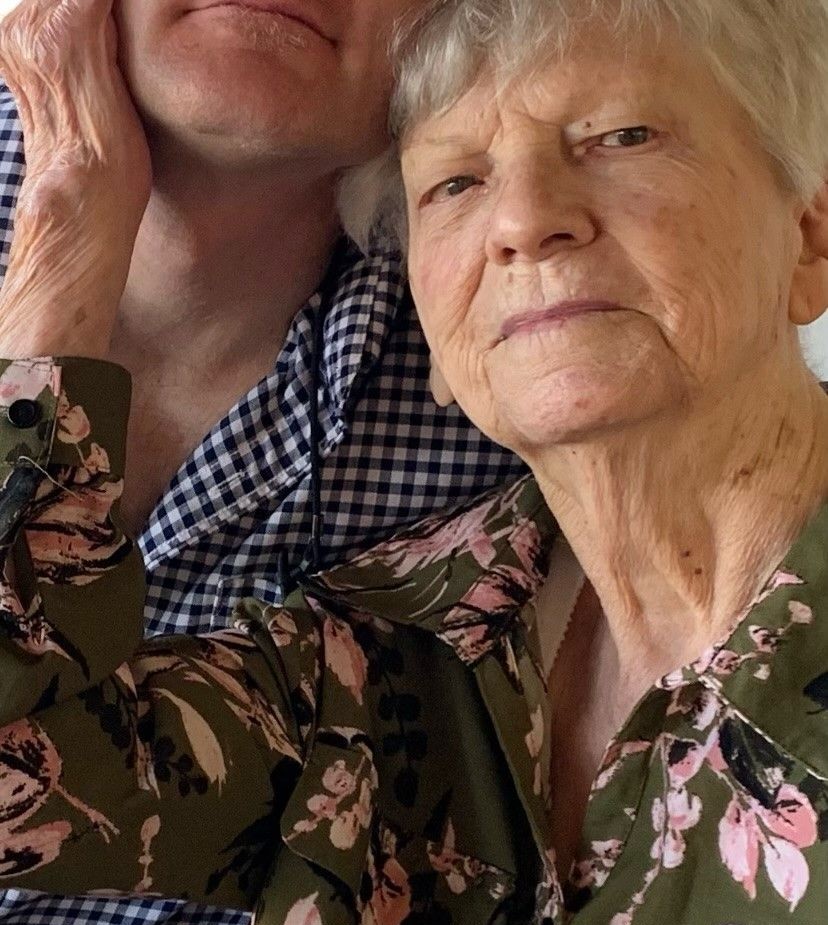 Louise "Weezy" Etoile Johnson, 90, of Rock Springs, Wyoming went to be with our Lord on February 22, 2022, passing peacefully in her home. Louise was born in Logan, Utah on June 9th 1931 to Leslie and Ann Smith.

She was raised in Evanston, WY where she attended high school before moving to Rock Springs in her 20's where she remained. She was the first female to be hired at Coast to Coast here in Rock Springs and was a business agent at the Food Workers Union (UFCW).

Louise was preceded in death by her husband Walter Charles Johnson who passed in 2010 at the age of 77. She was also predeceased by three brothers and two sisters. She is survived by her daughter, Karen, and sons Brent (and wife, Peggy) Kent, and Chuck Johnson. She is also survived by 12 grandchildren and 21 great grandchildren.

Louise was and will always be a beacon of light and love. An inferno on wheels with an amazing grace who saw and expressed the beauty in everyone and everything. When it comes to her, the word "love" is an understatement. No words can ever express her level of positive energy and unconditional love. It was extraordinary. So much that she was a true force for good and a force to be reckoned with. The epitome of unconditional love and an inspiration to all who knew her. There are also no words to express the level of entertainment she provided with her uncanny quick wit and wicked  sense of humor. To say she loved fishing and the outdoors would also be understated, as once she got a bite on her line everyone within the next ten counties could hear her excitement. She was all around a great time and just to sit next to her made you a better person. While this world will never be the same without her, Heaven just got a whole lot better. If our Lord didn't have his hands full before, he certainly does now.

We love you and miss you more than you could ever know, but we know you're still watching over us as always. See you soon.

The family wishes to thank her daughter, Karen, for her many years of selfless dedication as her caretaker. She truly went above and beyond, waiting hand and foot, day after day, returning all the love and care that Louise provided her and her family for so many years. The family would also like to thank Melissa, Glenda, Nicole, Kayla and Terry from Cowboy Cares as well as Julia from Young at Heart Senior Citizen Center for their tireless efforts and care.

To honor her wishes no services will be held.

To order memorial trees or send flowers to the family in memory of Louise Etoile Johnson, please visit our flower store.