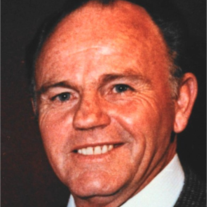 Mallie Lee Rickman, Jr. Mallie (“Rick” or “Sonny”) Lee Rickman, Jr., 83, of Rock Springs passed away January 12, 2020 at Sage View Care Center in Rock Springs, Wyoming. He was born January 20, 1936, in Ventura, CA, the son of Mallie Lee Rickman, Sr. and Irma Bertles. Rick attended schools in Ventura, California and graduated from Ventura High School in 1954. He was a veteran, having served in the U.S. Army from 1956-1958. He was a Delivery Manager at Hostess Cakes for 34 years before retiring in 2000. Rick married Barbara Joyce Boucher on October 25, 1959 in Ventura, CA. He was a member of the Western Conference of Teamsters. He enjoyed swimming, boxing, reading, sports, fishing, horse racing, coaching, traveling, and spending time with his family. He was a wonderful husband, father, grandfather and friend. Rick always put others before himself and was happiest when others were happy. He had a heart of gold and his family is so proud of him. He will leave a void in the Rickman family which can never be filled. Survivors include his wife Barbara Joyce Rickman of Rock Springs; sons Doug Rickman of Las Vegas, NV, Ron Rickman and Jack Rickman both of Ventura, CA; sister Arlene Briggle of Ventura, CA; grandchildren Kristyn Muniz, Jake Rickman, Kendra Rickman, Kevin Rickman, and Steven Rickman; great-grandchildren Kaycie Muniz, Chase Muniz, and Kendall Rickman; and niece Sandy Nicoll. He is preceded in death by his parents Mallie and Irma, and brother Tom Rickman. Cremation will take place. Services will be held in Ventura, California at the Poinsettia Pavilion on Saturday, February 15, 2020, at 11 a.m. Condolences for family can be sent to 708 3rd Avenue West, Rock Springs, Wyoming 82901 and www.foxfh.com.
To order memorial trees or send flowers to the family in memory of Mallie Lee Rickman, please visit our flower store.