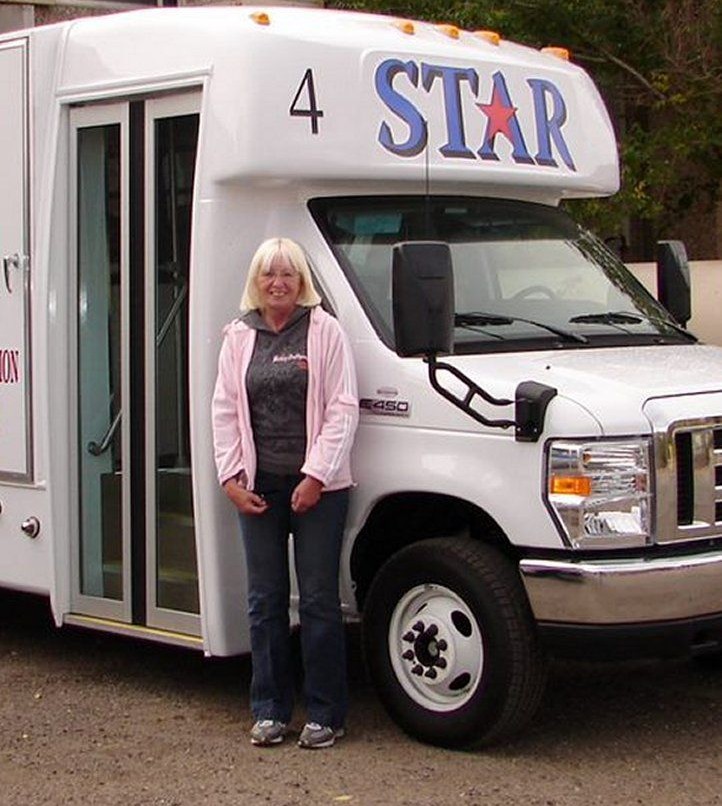 Mary Gail Elizondo, 68, passed away on November 17, 2021 in Green River, Wyoming. She was a resident of Green river for 15 years and former resident of Texas.

Mary was born on December 18, 1952, the daughter of Thomas Edward Rule and Patsy Irene Rule.
She attended schools in Louisiana, Missouri and graduated from Louisiana High School.
Mary married Jerry Elizondo in Louisiana, Missouri in December 1974.
She worked as a Bus Driver for Star Transit for 13 years.
Mary was a Navy Special Operations Veteran.
Her interests included painting, travelling on the motorcycle, planting flowers, cooking, baking, watching wild horses in the mountains, and visiting with her best friend Connie Wilson. She also enjoyed meeting Green River residents on the bus.
Survivors include her husband Jerry Elizondo of Green River, Wyoming; one daughter Christy Simmons of Conroe, Texas; stepfather Edwin Holliday; one sister Cathy Jo Kasbaum of Oklahoma City, Oklahoma; six aunts, six uncles, many nieces, and many nephews.
She is preceded in death by her parents, and one sister Sure Ann Murry.
Funeral services and Military Honors will be conducted at 7:00 P.M. on Tuesday, November 23, 2021 at the Fox Funeral Home, 2800 Commercial Way, Rock Springs, Wyoming. Cremation will follow funeral services.
Condolences may be left at www.foxfh.com

To order memorial trees or send flowers to the family in memory of Mary Gail Elizondo, please visit our flower store.