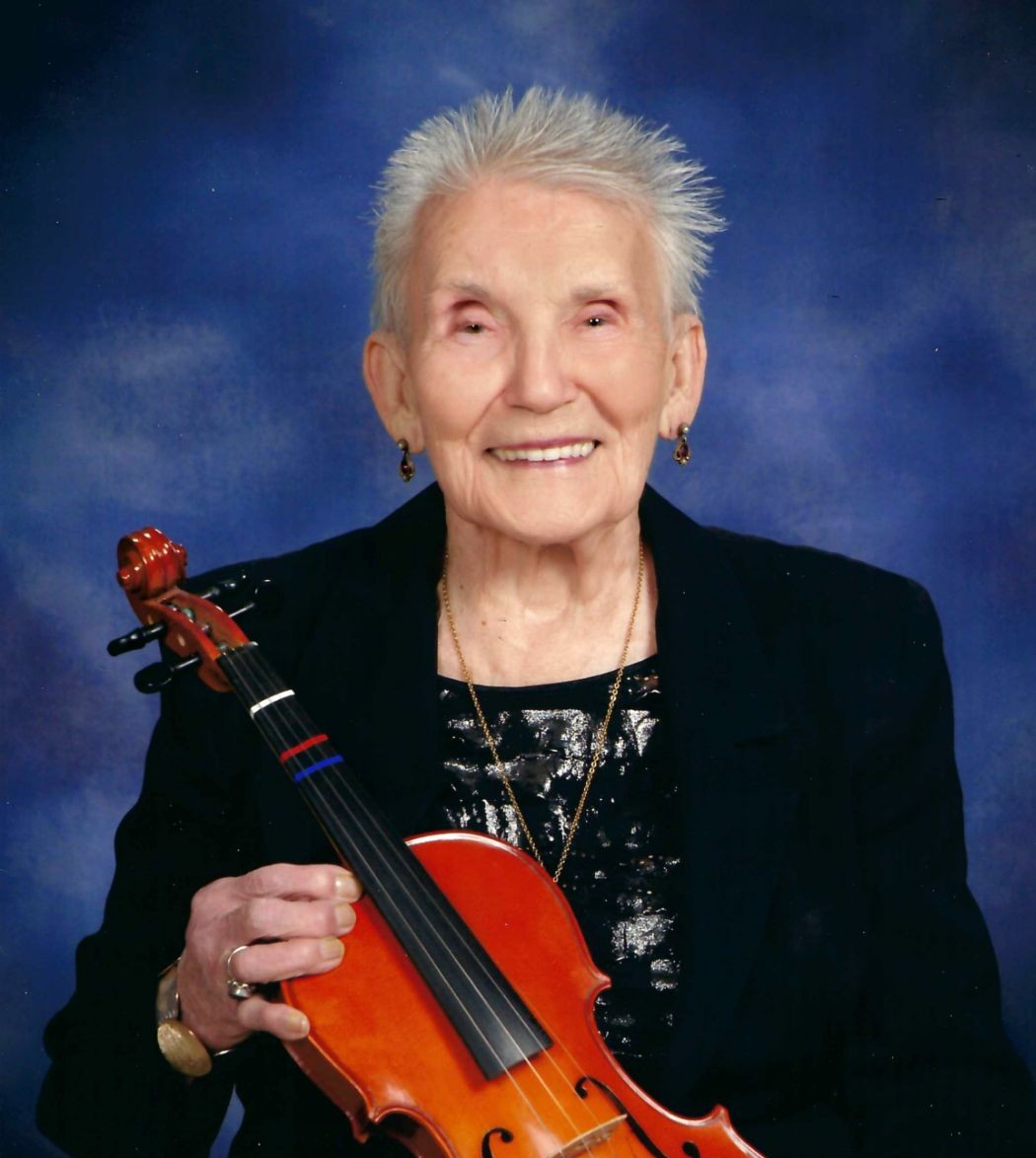 Mary Elenor (Fanok) Holbert, 97, died of natural causes early Thursday, Nov. 3, 2022, at the Mission at Castle Rock Rehabilitation Center in Green River, Wyo. She lived in Rock Springs, Wyo., for 60 years prior to her death.

She was born March 26, 1925, to Rusyn and Ukranian immigrant parents, Stephen B. and Kathryn (Patriska) Fanok in Jere, W.Va. She was the seventh of 10 children.

She married the love of her life, Paul Merritt Holbert, on Jan. 29, 1946. They lived on a farm near Morgantown before moving to Rock Springs in 1963. Together, they raised five children: Gary, Cathy, the late Paul “Terry” Jr., Steve, and Deb.

She was an associate to the Sisters of Charity of Leavenworth, Sister Dorothy Henschied her mentor. She was the recipient of 29 gold medals and one silver as a participant in field and track at Wyoming State Senior Olympics since 2003. She was a lymphoma cancer survivor since 2007.

Mary enjoyed crocheting, knitting, tatting, tai chi, and square dancing. She made cord and beaded rosaries for missions all over the world.

She worked for Safeway for 20 years, managing the Bake Shop. She was active in her church as an Extraordinary Minister of Holy Communion, serving communion to the homebound, at Sage View Nursing Home, and at Memorial Hospital of Sweetwater County.

Mary loved to cook, especially for her family, and was known for her potica. She organized and cooked funeral dinners for the church, feeding hundreds over many years. In her later years, she enrolled in various art and writing classes, and learned to play the violin.

She and her husband spent many summers enjoying their home in East Thermopolis.

Cremation will take place. Services and inurnment will be scheduled in Spring 2023.

Donations in her honor can be made to Memorial Hospital Foundation or Red Desert Humane Society.

Condolences for the family can be left at www.foxfh.com,

To order memorial trees or send flowers to the family in memory of Mary Elenor Holbert, please visit our flower store.