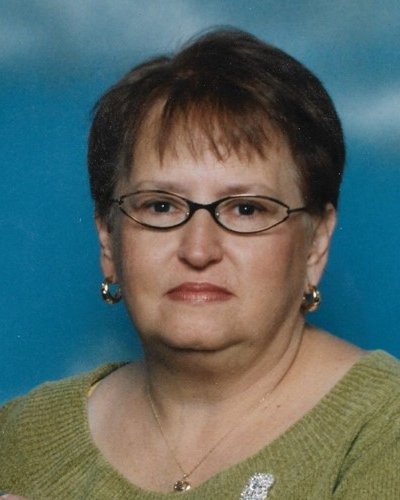 Paula McKenzie passed away on the evening of January 22, 2023 after a long battle with lung disease. Her departure came suddenly after a brief illness left her body unable to fight back. She left this world surrounded by love.

She attended grade school in Superior, Wyoming where she lived with her parents until the closing of the coal mine. They moved to Rock Springs where Paula went on to graduate from Rock Springs High School with the class of 1972.

Paula met her husband Pat in 1973, and they quickly fell in love. They married October 5, 1973 in a small ceremony in the living room of Pat’s parents (Earl and Mary McKenzie). Paula was welcomed into the McKenzie family with open arms. They expanded their family with the births of their three children Brian, Jonathan, and Erin.

Paula moved with her family to Cody, Wyoming in 1997 where she worked at Beartooth Floral for many years. She enjoyed anything to do with showing her artistic side, from floral design, to taking painting classes, to sewing and quilting.  Over the last few years, she focused more on quilting and embroidery and loved going to retreats where she often made gifts for her loved ones.
She left an indelible mark on anyone who crossed her path, and she will be greatly missed by many.

She is preceded in death by her parents Eligio and Rena Dalpiaz, her in-laws Earl and Mary McKenzie, brother-in-law Ted Anderson, and several aunts and uncles.

She is survived by her loving husband Patrick, sons Brian and Jonathan (Christina), daughter Erin, and her grandchildren Abigail, Ezra, and Annika who were the light of her life. She is also survived by her sister Annette, brother Ed (Pat), sister-in-law Sandy as well as many beloved nieces, nephews, and cousins.

In lieu of a funeral, a celebration of life will be held at a later date.

Condolences for family can be left at www.foxfh.com.

To order memorial trees or send flowers to the family in memory of Paula McKenzie, please visit our flower store.