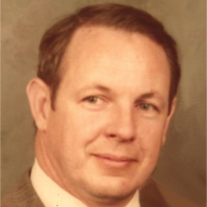 Rex Evan King Manila, UT - Rex Evan King, 78, of Manila, Utah, passed away at his home October 22, 2019 after a lengthy illness. He was born November 8, 1940 in Hurricane, Utah, the son of Victor Joseph and Prudence Sheffer King. He attended schools in Hurricane, and graduated from San Bernardino High School in California and received an associate degree from the University of Alaska. He was a veteran having served in the US Air Force from 1961-1965. Rex married Carol Durffee King on July 12, 1963 in the Los Angeles, CA, Latter-day Saints Temple. He was a member of The Church of Jesus Christ of Latter-day Saints. He enjoyed painting, activities with his family, family history and served two family history missions from 2000-2011 & 2013-2019. Survivors include his wife Carol King of Manila, UT; sons Rex Bryon King of Clayton, NC, Damon King and wife Theresa of Las Vegas, NV; daughter Sonja Brooksby and husband Craig of Clayton, NC; brother Gale King of Brigham City, UT; sister Rose Denning of Silverdale, WA; thirteen grandchildren and three great-grandchildren. He was preceded in death by his parents Victor and Prudence King, daughter Cheree Daneen King, brothers J and Ray King, and sister Elaine. Funeral services will be held at 11:00 am Saturday, October 26, 2019 at The Church of Jesus Christ of Latter-day Saints Manila Ward Chapel Manila, Utah. A viewing will be held from 9:30 am until time of services at the church. Interment will take place at Bunker’s Memory Gardens Memorial Park in Las Vegas, NV. In lieu of flowers, the family request that everyone who can take a family members name to the temple to have their work done. Condolences for family can be left at www.foxfh.com
To order memorial trees or send flowers to the family in memory of Rex Evan King, please visit our flower store.