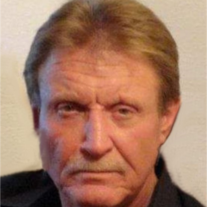 Richard Leon Clement Richard Leon Clement, 68, of Green River, passed away January 15, 2020 at his home. He was born December 24, 1951 in Chicago, Illinois, the son of Peter and Daisy Burleson Clement. Richard attended schools in Chicago, Illinois and graduated from Austin High School. He later attended Western Wyoming Community College. He was a veteran having served during the Vietnam war with the United States Marine Corps. He worked as a drug and alcohol rehabilitation counselor for the VA before retiring. Richard was an honorary member of the Paralyzed Veterans of America and a member of Hilltop Baptist Church in Green River He enjoyed fishing, rock climbing, his family, serving the community and his fellow veterans. Survivors include his daughter Tonya Shelby and her son Justin McCabe; his son Justin Ollila and his 2 sons Justin Perkins-Ollila and Zacharie Perkins-Ollila. He is preceded in death by his parents Peter and Daisy Clement, and sister Jean Ciabattari. Funeral services will take place at 11:00 a.m. Friday, January 24, 2020 at the Hilltop Baptist Church, 405 faith Dr. , Green River. Friends and family may call one hour prior to the services at the church. Interment with military honors will take place in the Riverview Cemetery, Green River, WY. Condolences for family can be left at www.foxfh.com.
To order memorial trees or send flowers to the family in memory of Richard Leon Clement, please visit our flower store.