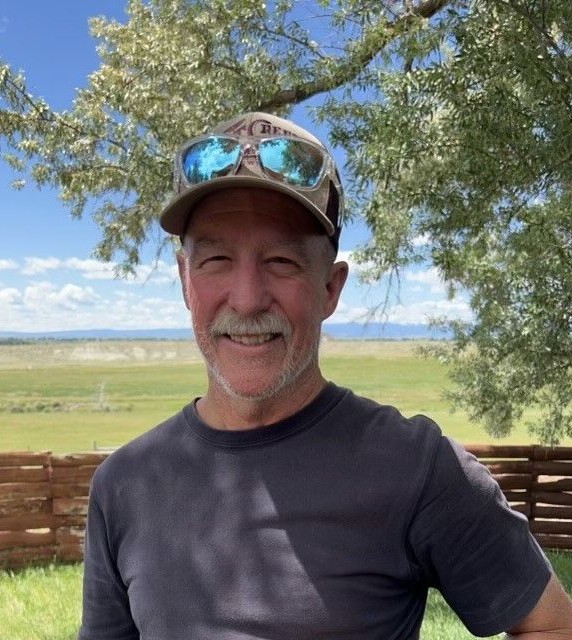 Stacey Allen Sorensen, age 61 passed away on September 25, 2022. He was a resident of Pavillion, WY for three short months, prior to living in Denver, CO for 61 years.

Stacey was born on August 27, 1961 in Denver, CO to Marvin Leroy Sorensen and Twyla Ann Scheffler.

Stacey graduated from Golden High School with the class of 1980 and married the love of his life, Nancy Jane Gibson in Golden, CO on June 15, 1985. Stacey had a long lasting career of 27 years at Cherry Creek School District as a Telecommunications Engineer until his recent retirement in June 2022.

He had a deep love for the outdoors and shared countless adventures with his wife, Nancy, and his family doing the things they loved the most- horseback riding, back country motorcycling, birdwatching, and photographing the great outdoors. He was a member of many associations including Colorado Hunter Outreach Program, Colorado Parks and Recreation Team, Barr Lake Horseback Patrol, Youth Hunter Education Challenge, Rocky Mountain Elk Foundation, and the NRA. He also loved fishing and hunting, as well as working on vintage muscle cars and trucks.

Stacey lived life to the fullest through simple pleasures and will be especially remembered for his gentle spirit, endless amount of energy, and his love for animals.

He was preceded in death by his mother Twyla Sorensen.

Cremation has taken place and services will be held at his new home in Pavillion, WY on October 23, 2022.

To order memorial trees or send flowers to the family in memory of Stacey Allen Sorensen, please visit our flower store.