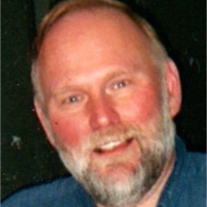 Stephen Russell Cross Rock Springs - Stephen Russell Cross, age 66, passed away on May 13, 2018 in Green River, Wyoming. He was born on September 27, 1951 in Schenectady, New York to the late Sherman and Marion Cross. He was preceded in death by his brother Jim Cross, and is survived by his brothers David Cross and John Morris. Steve spent much of his youth growing up in Melrose, New York and in Santa Maria, California. He graduated from South Kitsap High School in Port Orchard Washington and entered military service. He was a Vietnam Veteran, serving in the United States Marine Corps from 1969 – 1973. He then served in the United States Army from 1975 – 1977 and was based in Korea. He was proud of his military service and was a member of American Legion Post 28 in Green River. Steve worked for Capital Business Systems for many years as a Master Service Technician. He was a member of the Fraternal Order of Eagles Aerie 2350 and had many close friends in Green River. A private military ceremony will be held at a later date at the Bakersfield National Cemetery, which is a United States National Cemetery, located in Arvin, California.
To order memorial trees or send flowers to the family in memory of Stephen Russell Cross, please visit our flower store.