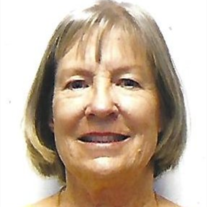 Susan Z. Banks Rock Springs - Susan Z. Banks, 69, of Rock Springs passed away March 6, 2019 at Cheyenne Regional Medical Center after a short illness. She was born in Providence, RI, the daughter of Harry and Hilda Williams. Susan attended schools in Tucson, AZ and graduated from Tucson High School. She later attended nursing school and was employed with home health care. She also drove buses for School District #1 in Rock Springs for 10 years. Susan married Gary D. Ziegler in Tucson, AZ. He preceded her in death January 14, 2002. She later married Stephen Banks in Rock Springs. He also preceded her in death on March 25, 2014. She was a member of the First Congregational Church in Rock Springs. She enjoyed camping when she was younger, sewing quilts, and spending time with her family and friends. Survivors include brother Edward Williams and wife Val of Canada; daughter Tracey Zamora and husband Robert of Layton, UT; son Chad Ziegler of Herriman, UT; and son Shaun Ziegler and wife Chanda of Laramie, WY; 9 grandchildren, OJ, Ariel, Dallas, Kathrine, Rece, Adilyn, Daniel, Campbell and Ethan; 2 great-grandchildren Lincoln and Harrison. Memorial services will be held at 1:00 p.m. Monday, March 18, 2019 at the First Congregational Church, 1275 Adams Ave., Rock Springs, where friends may come one hour prior to the services. Following the services, everyone is invited to remain for a light luncheon and visiting with the family. Condolences for family can be left at www.foxfh.com.
To order memorial trees or send flowers to the family in memory of Susan Z. Banks, please visit our flower store.